Last year we looked at the basic units of storytelling: the storyteller, the story and the audience (see posts from August 2018). Our focus then was on audience and its participation in good storytelling experiences.

Now we will turn our focus on the basic elements of the Story part of the equation. With all the dozens of things you can think to worry about in delivering a good story, only a few elements are critical to story structure, that is, character, setting, conflict, crisis and resolution.

This seems too simple, you might say. It is simple enough, but remove one element, and the story is incomplete. Yet the proper development of these five elements can deliver a powerful story in a few paragraphs. In fact, journalists write such impactful stories every day. The secret, of course, is to put the audience in the story–as early as you can, as often as you can, and put the audience in charge of co-creating the development of the story as she experiences it–on the stage, in the movie, in a novel or a magazine article.

Simple? To prepare for our two-day guided journey into the maze of story, bring along a character and a setting and we will conjure up the rest in workshop. If you have a predetermined story you want to work with (such as your Nanowrimo offering) we can give that a spin. 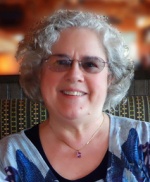